Version française
The starting point of my project is the secret link between slowness and memory, between speed and forgetfulness.

The speed of our modern lives, exacerbated by the technical revolution, compromises the flavor and the memory of our reality.

According to Milan Kundera in Slowness :
«Imposing form on a period of time is what beauty demands, but so does memory»

The combination of the speed of the flash and the slowness of the shutter makes different temporalities coexisting within a single frame. At the intersection between the abstract and the figurative, my photographic approach weaves a link between duration and speed in other words between memory and forgetfulness.

It features Salaryman, one of the symptoms of contemporary obsession for speed.

Salaryman: neologism from the Japanese language designating non-executive employees of companies. Beyond the type of position, Salaryman refers to a male lifestyle in which work and colleagues occupy most of the time. 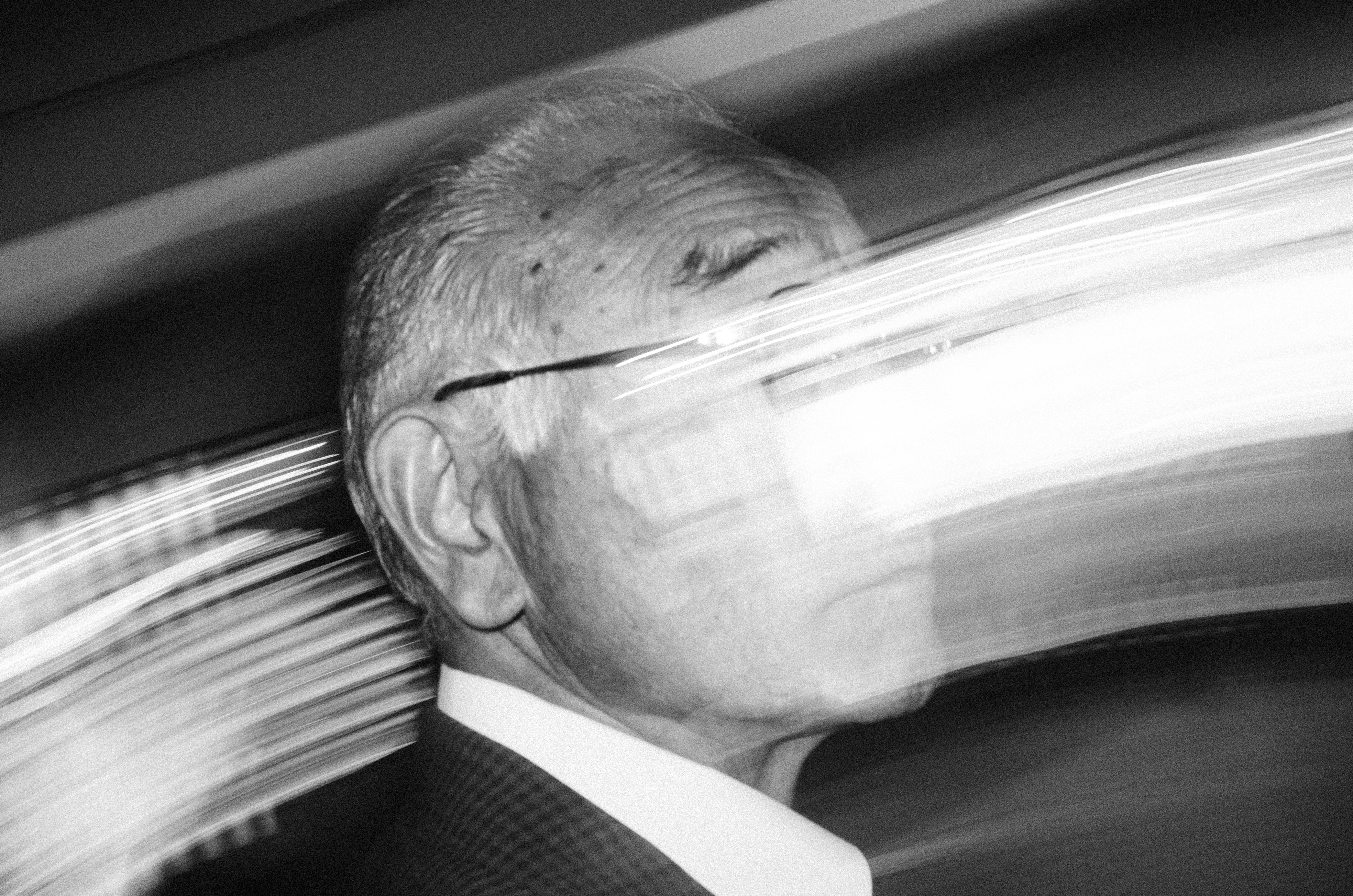 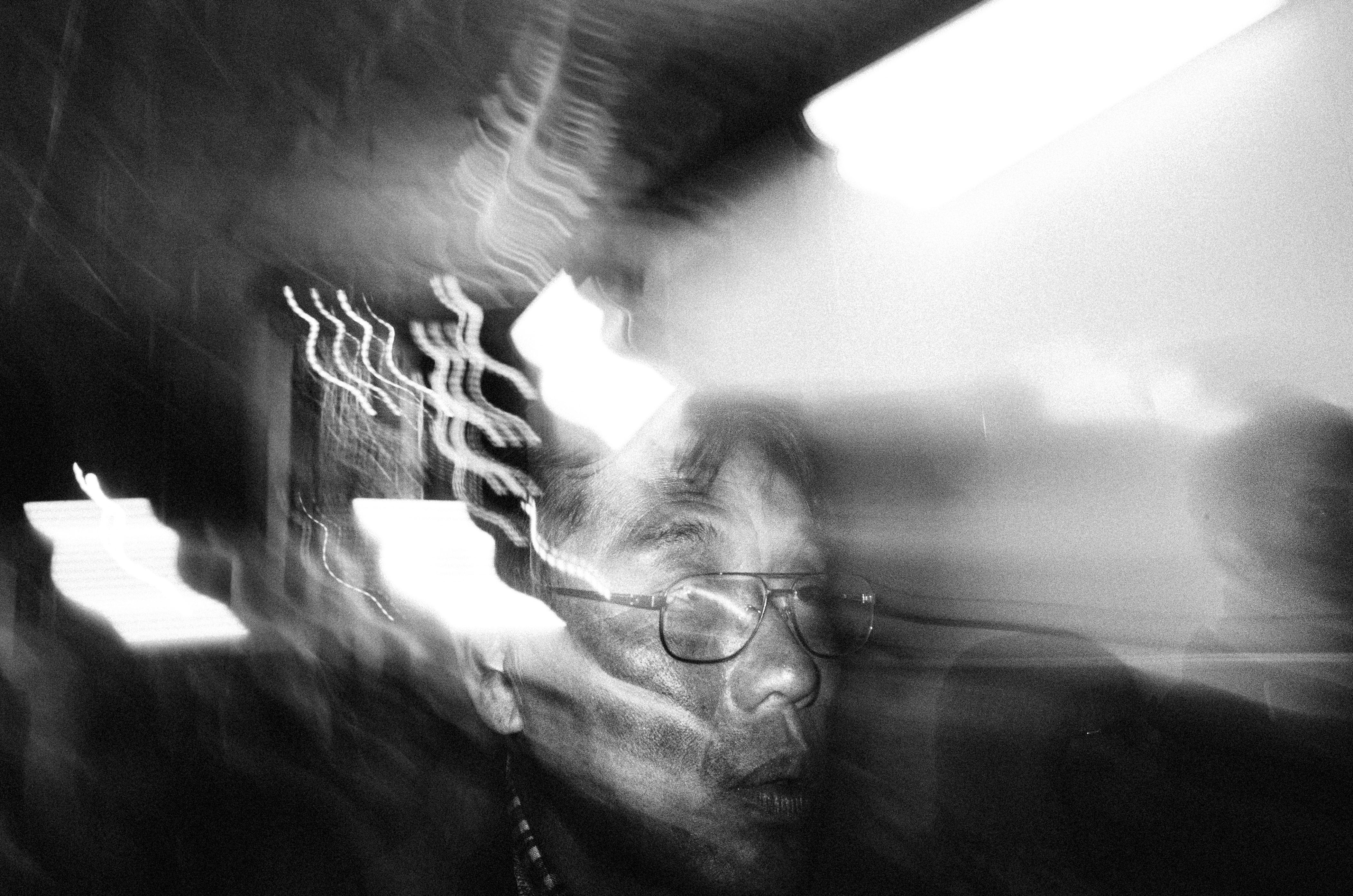 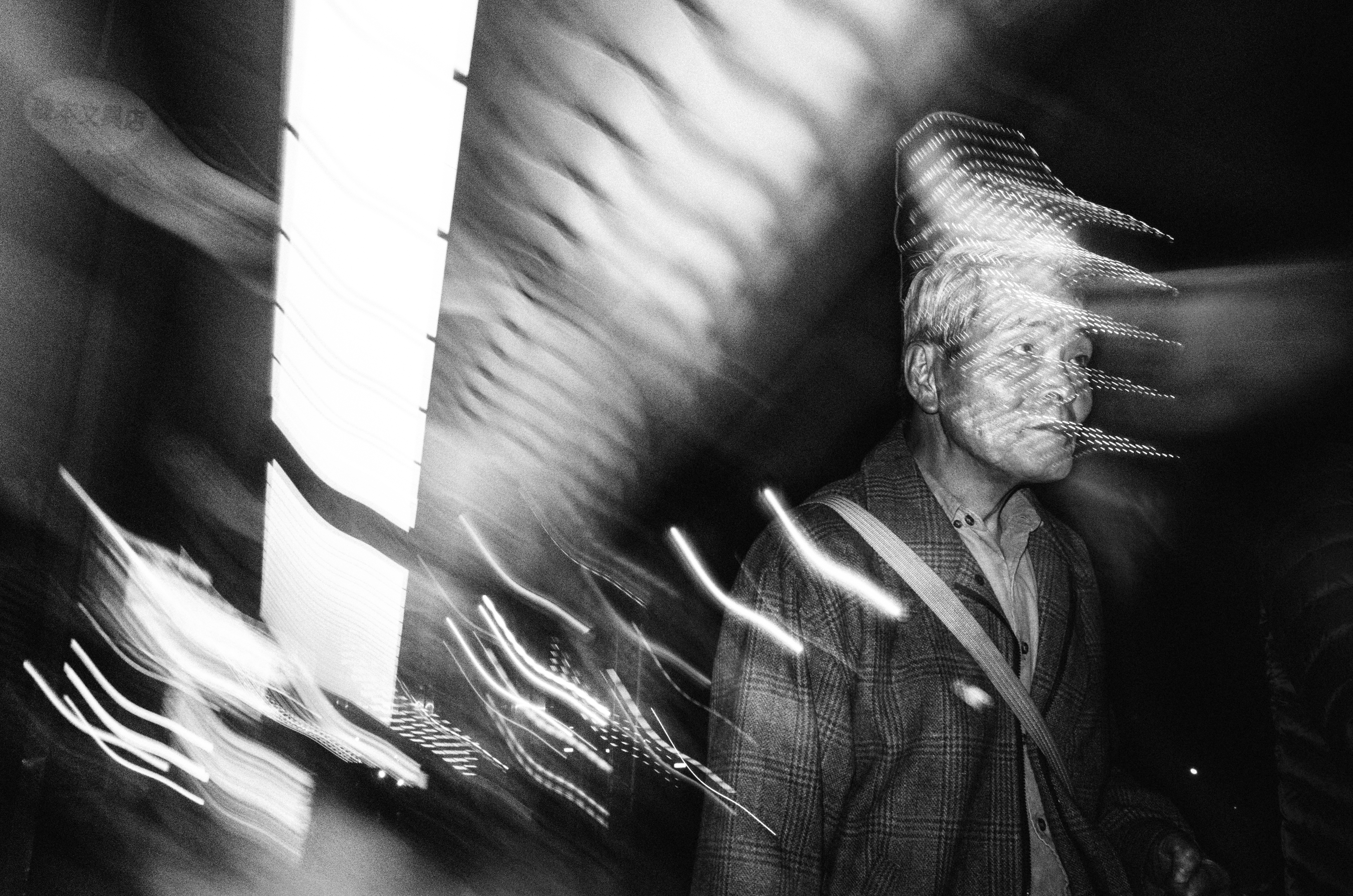 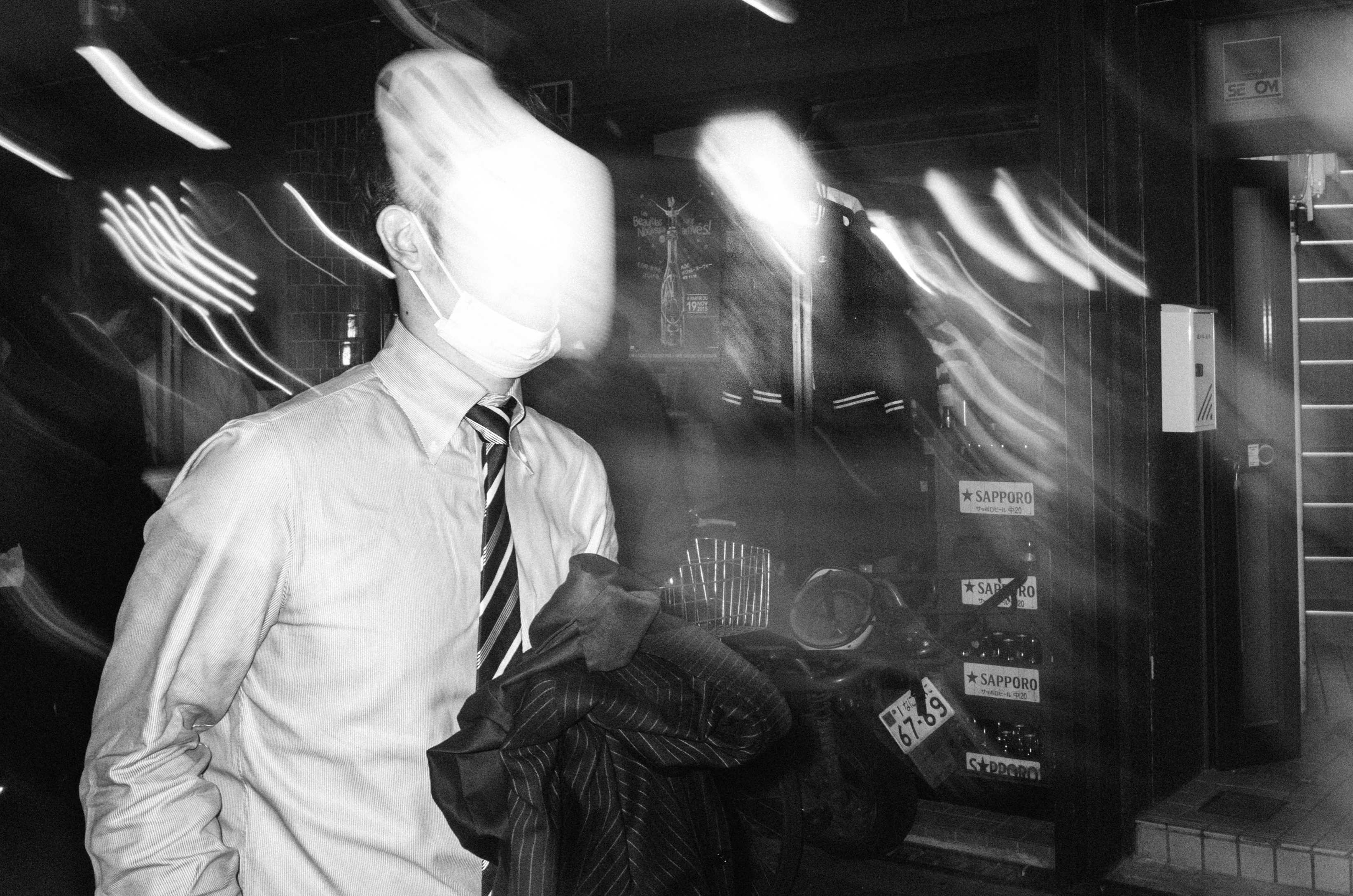 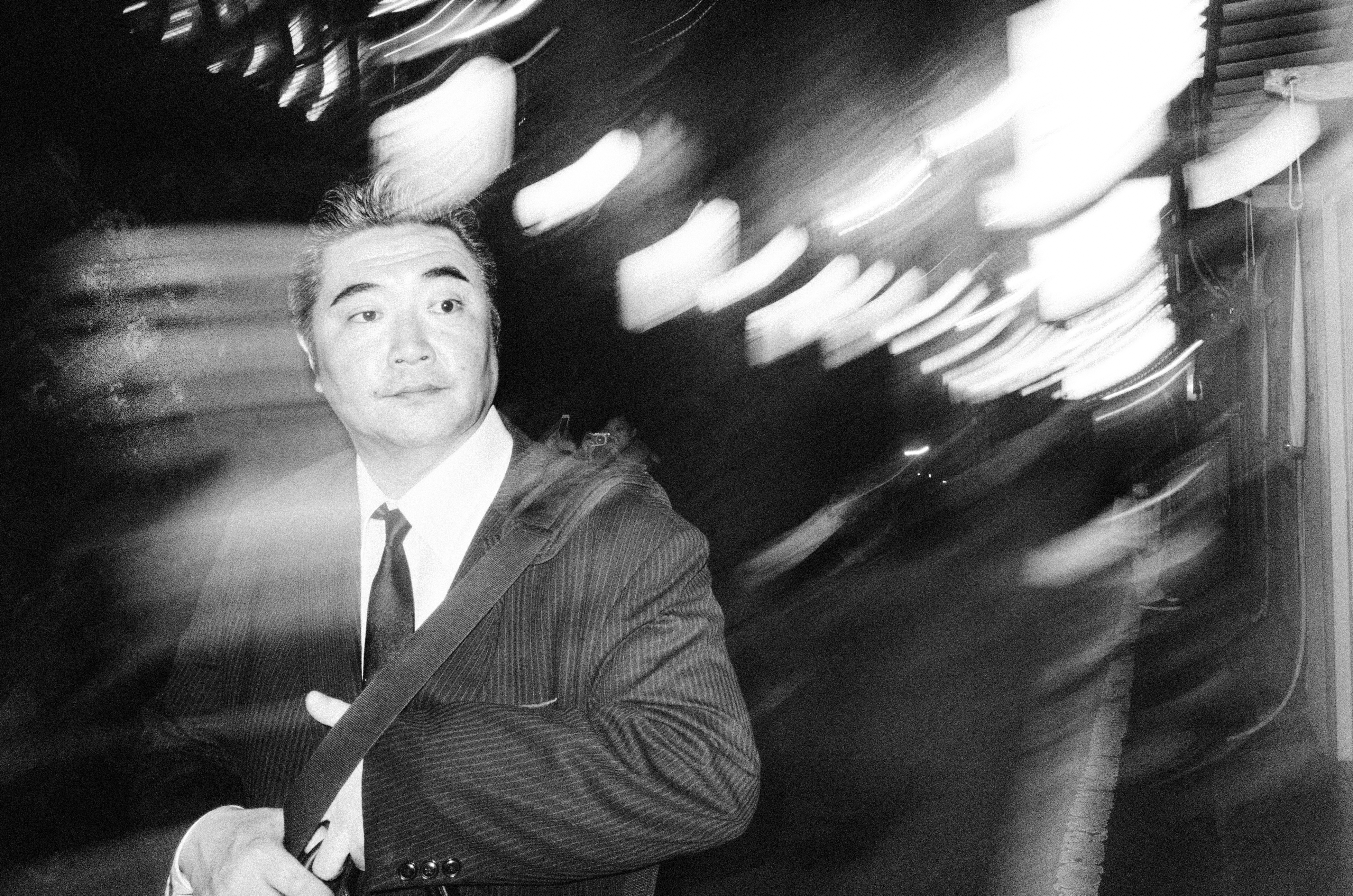